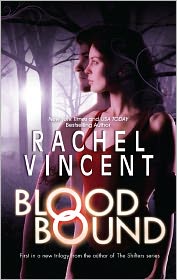 By blood, by word, by magic…
Most can't touch the power. But Liv Warren is special— a paranormal tracker who follows the scent of blood.
Liv makes her own rules, and the most important one is trust no one.
But when her friend's daughter goes missing, Liv has no choice but to find the girl. Thanks to a childhood oath, Liv can't rest until the child is home safe. But that means trusting Cam Caballero, the former lover forbidden to her.
Bound by oath and lost in desire for a man she cannot have, Liv is racing to save the child from a dark criminal underworld where secrets, lies, trauma and danger lurk around every corner…every touch…every kiss.
And more blood will be spilled before it's over…