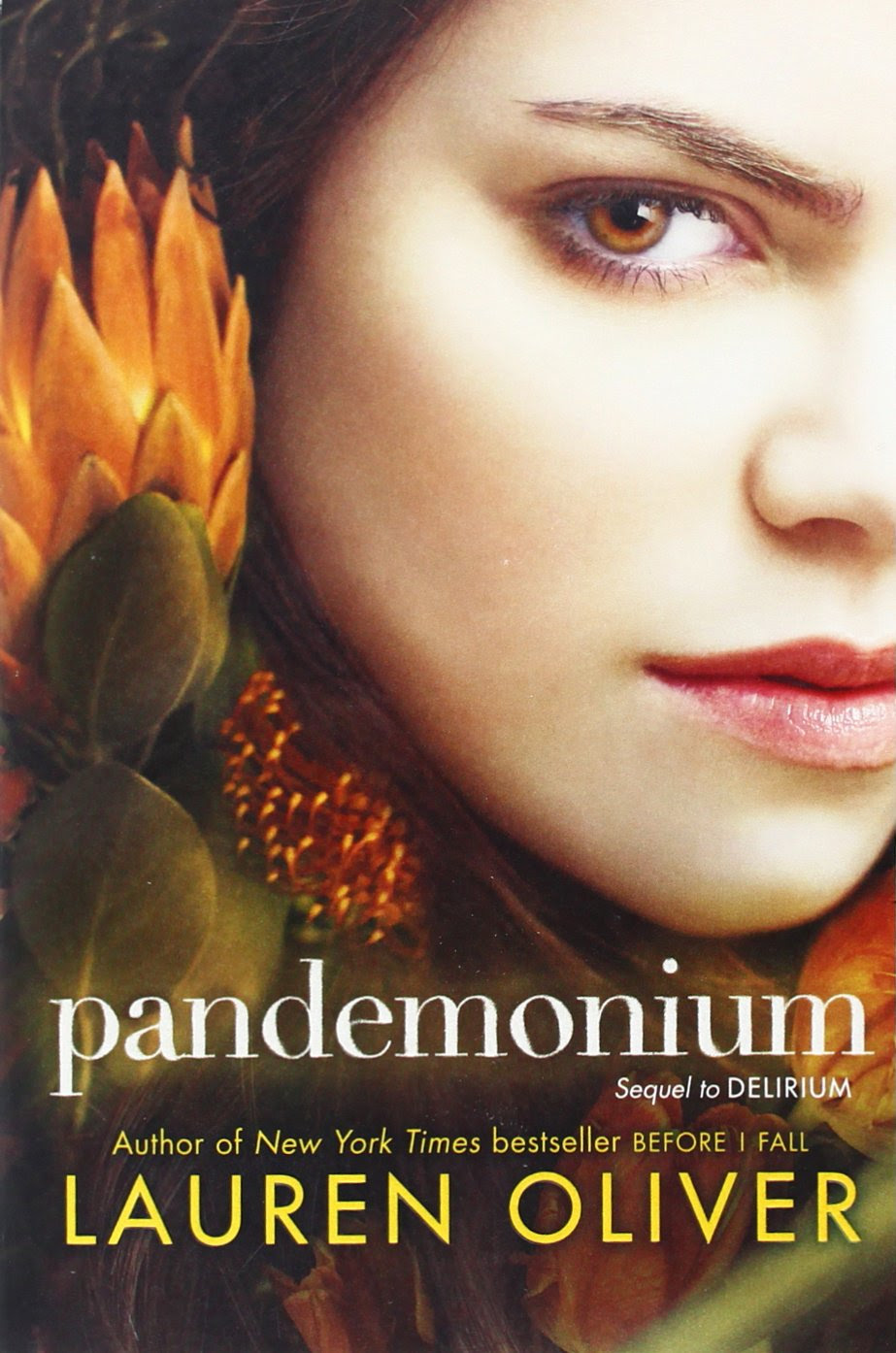 The old life is dead.
But the old Lena is dead too.
I buried her.
I left her beyond a fence, behind a wall of smoke and ﬂame.
In this electrifying follow-up to her acclaimed New York Times bestseller Delirium, Lauren Oliver sets Lena on a dangerous course that hurtles through the unregulated Wilds and into the heart of a growing resistance movement. This riveting, brilliant novel crackles with the fire of fierce defiance, forbidden romance, and the sparks of a revolution about to ignite.

My Thoughts: (This review is spoiler-free)

The over-arching plot of this book was extremely (I don't think I can emphasize that word enough) similar to that of other dystopian series, such as The Hunger Games and Matched. Thus, I found the majority of the book to be unexciting and, at least for me, most of the big "twists" were highly predictable.

That being said, I did manage to enjoy the book. As I've mentioned, the main plot lines are nothing to write home about, but the smaller, finer details are where the fresh ideas come in, and they are what really make this book worth reading. Subplots like the development of Blue's character and backstory, as well as the scene when Raven and Lena are hunting a rabbit, were extremely touching and complex. Other details, like Lena's inner dialogue while running, added a level of familiarity which helped me relate to Lena and kept me wanting to read more.

In this book Lena really comes into her own as a person. Delirium showed Lena opening her eyes to the world of the WIlds beyond her perfect structured walls; Pandemonium shows her deciding how she wants to go about it. She emerges as a strong female lead with a moral compass, not as much of a "follower" as she may have been before.

The book is narrated entirely from Lena's point of view as she alternates between the present and the past (with chapters titled "then" and "now") until the backstory catches up to the present time. At first I found this a little bit annoying and confusing, but overall it worked for the story; the story might not have been as successful if narrated straight through or in larger flashback chunks.

In short, the main "skeleton" or basis of the book is a predictable second installment of a dystopian series; however, there are many interesting details or "redeeming qualities" that make this book worth reading. I plan to continue on to the third installment to see how everything resolves itself.